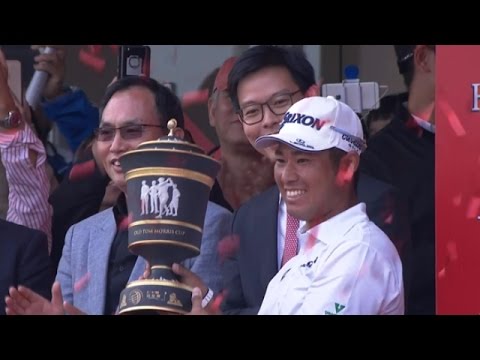 The 2016 Mitsui Sumitomo VISA Taiheiyo Masters tournament of the Japan Golf Tour was held from November 10 to 13, at Taiheiyo Club Gotemba Course in Shizuoka. Hideki Matsuyama of US PGA Tour player took part in the tournament for the first time in 3 years. Matsuyama had won the Japan Open Golf Championship 2016 in October and had won the WGC-HSBC Champions at Shanghai 2 weeks ago. It was a first time to win the World Golf Championships for Japanese player. After that, he has been practiced in Japan.

In the Japan Golf Tour, Hideto Tanihara had won Yuta Ikeda in the Heiwa PGM Championship last week. So Tanihara got the winning prize of 40 million yen and took the first place of the prize money ranking. Ikeda retreated to the second place. In this week tournament, Matsuyama and Tanihara were same pairing in the first and second round. From the US PGA Tour, Ryuji Imada also took part in the tournament.

In the first round, Hideki Matsuyama shot a 65 so he took the first place. Katsumasa Miyamoto shot a 66 and he took the 2nd place with 1 stroke behind Matsuyama. Miyamoto lives in the neighborhood of this course, so he knew this course well. But Tanihara shot a 77 and took 80th place, so he got a late start.

Due to bad weather, the start was delayed in the second round. However, Matsuyama shot a 66 so his total score was 13 under and he kept the first place. Sang-Hyun PARK shot a 66 and he took the 2nd place with 2 strokes behind Matsuyama. Miyamoto shot a 72 and dropped to the 5th place. Tanihara didn’t raised scores and he was the card of 71. So his place was 70th, he failed a cut lose. Imada also took the 70th place and failed a cut lose. Ikeda shot a 69 and he took the 13th place with 7 strokes behind the 1st place.

Matsuyama also raised scores in the third round. He shot a 65 so his total score was 20 under and he kept the first place. Young-Han SONG shot a 68 and he took the 2nd place with 6 strokes behind Matsuyama. He had won the SMBC Singapore Open of the Japan Golf Tour in this year. PARK shot a 70 and he dropped the 3rd place with 7 strokes behind Matsuyama. So Matsuyama is expected to win a landslide victory.

Why did Hideki Matsuyama win overwhelmingly in this tournament? Actually he had changed his driver. He used a new driver from the CIMB Classic, and won the WGC-HSBC Champions. Matsumaya contracted with Dunlop sports for golf clubs. But the contract was to use 10 clubs that made by Dunlop, in the bag. So Matsuyama changed the driver to the Great Big Bertha driver of the callaway golf. Thanks to that, his driving distance increased. His average driving distance was over 300 yards in this week. So he could easily shoot the second shot and took many birdies. He does not take part in the Dunlop Phoenix Tournament next week, and participates in the 2016 World Cup of Golf that will be hold from November 24 to 27 at Kingston Heath Golf Club Australia, with Ryo Ishikawa. After that, he will take part in the Hero World Challenge.

This youtube’s video is the movie of the WGC-HSBC Champions. Matsuyama’s world ranking is 7th place, but the rank will rise with this week’s victory. 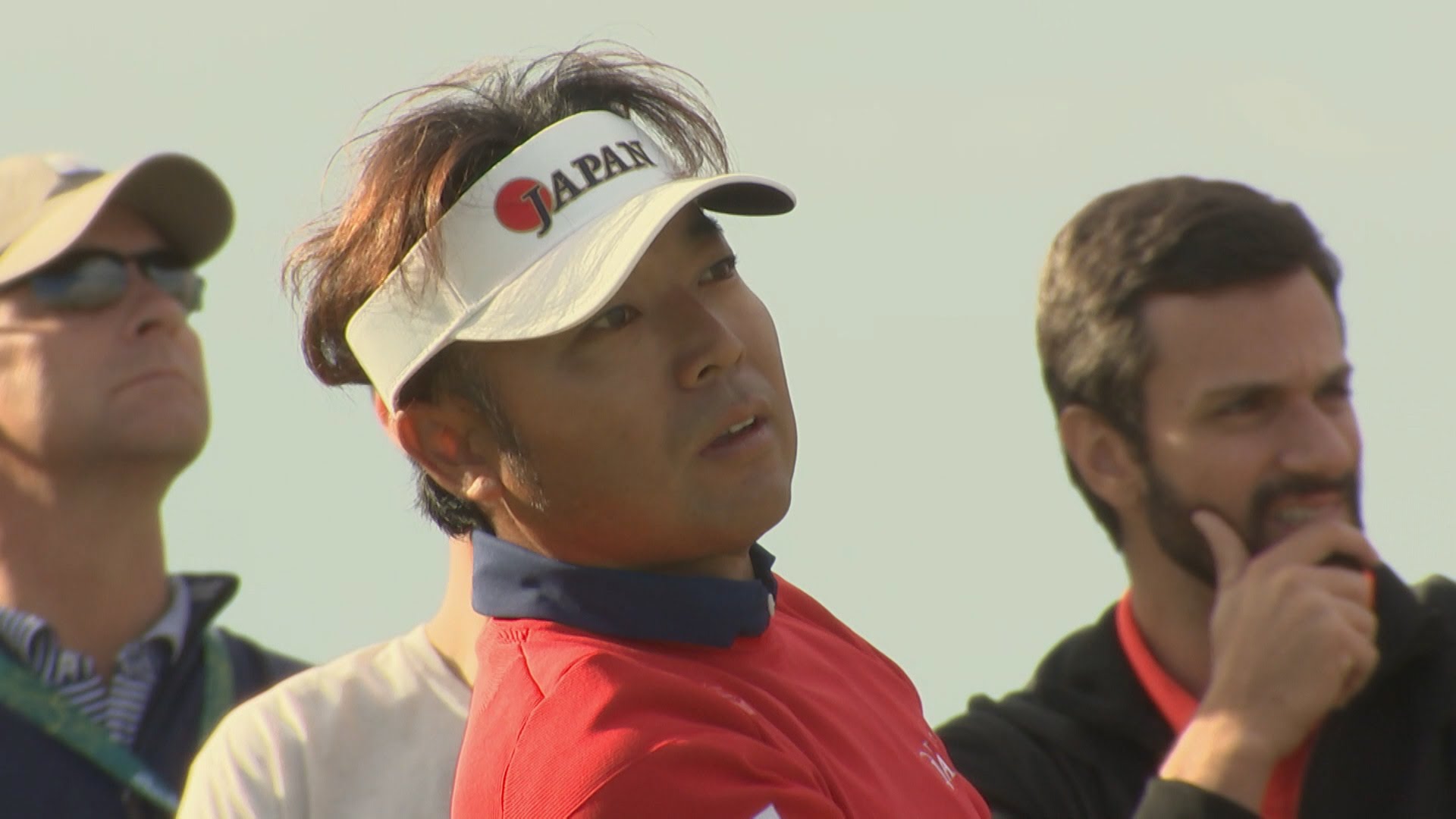 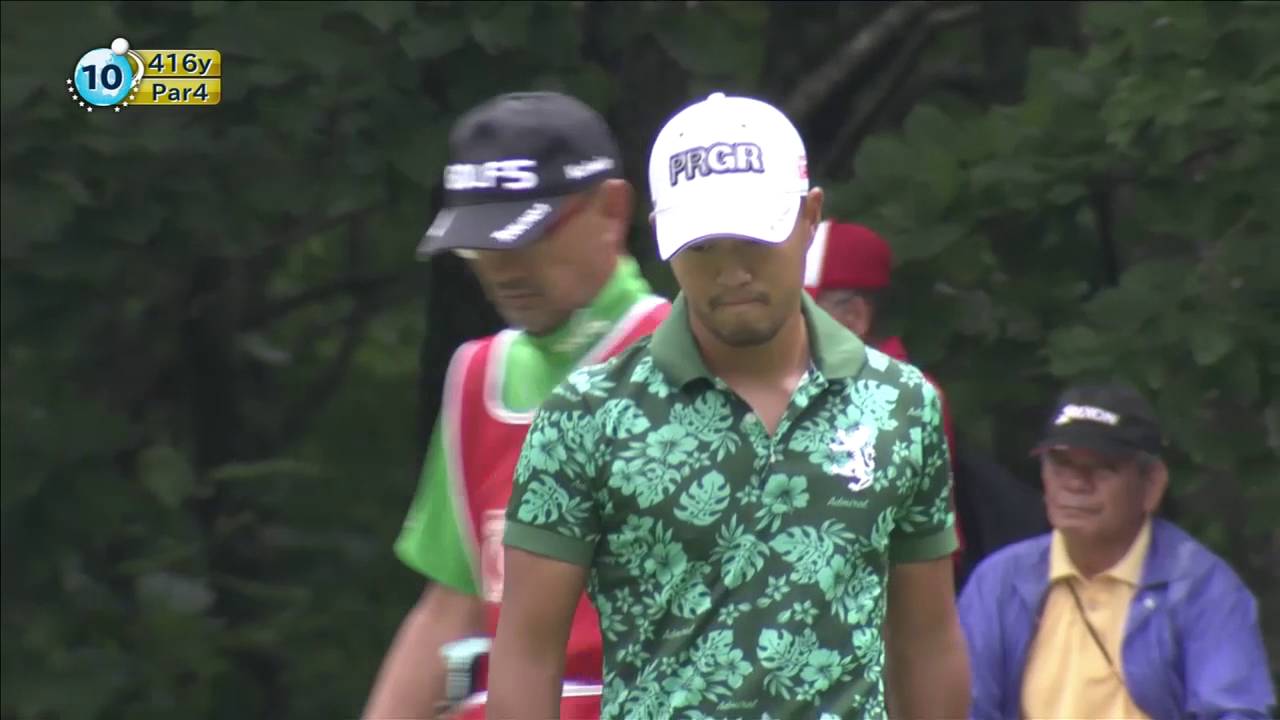